The Quaker Oats Company is an American food conglomerate based in Chicago, Illinois founded in 1901 by the merger of three separate companies, all of whom sold products made of oats, such as oatmeal. The company expanded into numerous areas, including other breakfast cereals and other food and drink products, and even into non-related fields such as toys.

In the 1950s, researchers from Quaker Oats Company, MIT and Harvard University carried out deeply unethical experiments to determine how the nutrients from cereals travelled through the body. Parents of mentally retarded children were asked for permission to let their children be members of a Science Club at their school. Being a member of the Science Club gave the children special privileges. The parents were told that the children would be fed with a diet high in nutrients. They were not, however, told (and the content form contained no information indicating) that the food their children were fed was laced with radioactive calcium and iron. The information obtained from the experiments was to be used as part of an advertising campaign. The company was later sued because of the experiments. The lawsuit was settled on December 31, 1997.

In the 1970s, the company financed the making of the film Willy Wonka and the Chocolate Factory, and allowed the company to use a number of the product names mentioned in the movie for candy bars.

In August 2001, Quaker merged with PepsiCo, who primarily wanted the company for its Gatorade brand of soft drink. The merger created the fourth-largest consumer goods company in the world. Though the main prize of the company was Gatorade noncarbonated sports drink, Quaker's foods serve as healthy complements to the existing Frito-Lay salty-snacks division.

There is a common misconception that the smiling Quaker found on boxes of Quaker Oats is William Penn. The Quaker Oats Company has stated that this is not true. 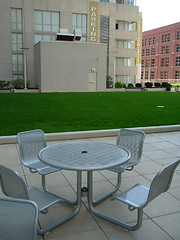