CNN or Cable News Network is a cable television network that was founded in 1980 by Ted Turner & Reese Schonfeld [1] [2] (although he currently is not recognized in CNN's official history). It is a division of the Turner Broadcasting System, owned by Time Warner. CNN is widely credited for introducing the concept of 24-hour news coverage. It celebrated its 25th anniversary on June 1, 2005.

As of December 2004, it is available in 88.2 million U.S. households [3] and more than 890,000 U.S. hotel rooms, and it broadcasts primarily from its headquarters at the CNN Center in Atlanta and from studios in New York City and Washington, DC. Globally, the network has combined branded networks and services that are available to more than 1.5 billion people in over 212 countries and territories.

Since CNN's launch on June 1, 1980, the network has expanded its reach to a number of cable and satellite television networks (such as CNN Headline News), 12 web sites, two private place-based networks (such as CNN Airport Network), and two radio networks. The network has 42 bureaus around the world and more than 900 affiliates worldwide. CNN has launched many regional and foreign-language networks around the world. CNN debuted its news website CNN.com (then referred to as CNN Interactive) on August 30, 1995, which it describes as the first major news and information website on the Internet.

CNN's global reputation was greatly enhanced in 1991 during the Gulf War, where its saturation coverage was carried around the world. It obtained much of that coverage through close cooperation with the U.S. government, which led to accusations that it did not attempt to investigate the claims of the U.S. government during the war. There was a television movie, Live from Baghdad, about the network's coverage of the war.

CNN International now provides regional editions of its news service, in response to foreign demand for less U.S.-centric news coverage, and also rival services such as BBC World and Sky News. It uses local reporters in many of its news-gathering centers, though they cover stories from an international (some would still say U.S.) perspective.

On September 11, 2001, CNN was the first network to break news of what would prove to be the September 11 attacks.

CNN launched two specialty news channels for the American market which would later close amid competitive pressure: CNNSI shut down in 2002, and CNNfn shut down after nine years on the air in December 2004.

CNN has also been lampooned and parodied. See for instance, Groland and CNNNN

Controversies and allegations of bias

CNN has come mainly under criticism by conservatives for liberal bias.

Conservatives have alleged that CNN's reporting is characterized by liberal editorials disguised as news and have jokingly referred to CNN as the "Clinton News Network", the "Communist News Network", or "Clearly Not Neutral." Conservative critics point to the following as evidence of bias:

(boldface indicate they're CNN's original bureaus, meaning they have been in operation since the network's first day)

(boldface indicate they're CNN's original bureaus, meaning they have been in operation since the network's first day)

The CNN format has inspired many similar cable news services: 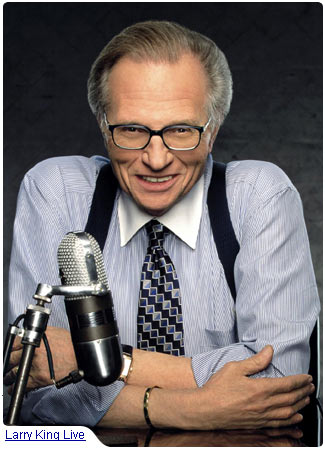 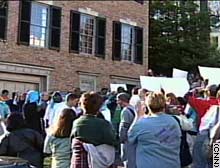 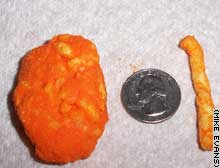