Toyota Motor Corporation (TMC) (In Japanese: トヨタ自動車株式会社) (TYO: 7203.T), (NYSE: TM), (LSE: TYT), is an automobile manufacturer in Japan, based in Toyota, Aichi, provides financial services, and participates in other lines of business. It manufactures vehicles under the brand names Toyota, Scion and Lexus, and owns a majority stake in Daihatsu. The company's Toyota automobiles are well regarded for their longevity and reliability.

Although the Toyota Group is most well known today for its cars, it is still in the textile business and still makes automatic looms (fully computerized, of course).

Toyota Motor Co. was established as an independent company in 1937. Although the founding family name is Toyoda (豊田), the company name was changed to:

During the Pacific War the company was dedicated to truck production for the Imperial Army. Because of severe shortages in Japan, military trucks were kept as simple as possible. For example, the trucks had only one headlight on the center of the hood.

Fortunately for Toyota, the war ended shortly before a scheduled allied bombing run on the Toyota factories in Aichi.

Commercial passenger car production started in 1947 with the model SA. In 1950 a separate sales company Toyota Motor Sales Co. was established (which lasted until July 1982). In April 1956 the Toyopet dealer chain was established.

Toyota is Japan's biggest car company and the second largest in the world (the larger being General Motors). The company is immensely profitable, and its massive cash reserves dwarf those of many countries. Toyota's vehicles are generally highly regarded for their quality, proficient engineering, and value; but their designs are often viewed as visually bland and lacking the flair seen in cars from certain smaller manufacturers.

Toyota offers one of the largest ranges of vehicles of any manufacturer and amongst its more predictable high-volume models produces a number of exciting sports cars: the Celica, the MR2, and the Supra, the latter which was discontinued in 1998 for export and in 2002 in Japan altogether.

Toyota has factories all over the world, manufacturing or assembling vehicles for local markets, including its most popular model, the Corolla. Toyota has manufacturing or assembly plants in the United States, Australia, Canada, Indonesia, Poland, South Africa, Turkey, the United Kingdom, France and Brazil. Cars from these plants are often exported to other countries. For example, the South African-built Toyota Corolla is exported to Australia, while the Australian-built Camry is exported (in left hand drive) to countries in the Middle East. Between 1997 and 2000, the number one selling car in the U.S. was the Toyota Camry. It was dethroned in 2001 by the Honda Accord, only to regain its place in 2002, with the introduction of a redesigned model.

Toyota India is one of the largest subsidiaries of Toyota. They currently produce three cars, including the Camry, Corolla, and the Sequoia (Land Cruiser Prado in other countries). Toyota also produces a range of SUVs. Indeed, one of its first export markets was exporting its Landcruiser model to Australia in the late 1950s.

Toyota also contributes a great amount of research to cleaner-burning vehicles (See: Toyota Prius and Hybrid Synergy Drive). In 2002, Toyota successfully road-tested a new version of the RAV4 which ran on a Hydrogen Fuel Cell. Scientific American made the company its Business Leader of the Year in 2003 for commercializing an affordable hybrid car. In 2004, Toyota showed that it had made its Highlander into the world's first mass-market seven-passenger hybrid SUV.

To gain a higher share in the U.S. domestic luxury car market, Toyota introduced a separate brand called Lexus in 1989, following Honda's (with its Acura division) example. The brand was introduced with two models: the ES 250, based on Toyota Camry, and the LS 400, which was released simultaneously as the Toyota Celsior in Japan. Since then, the lineup has been expanded with other models based on Japanese Toyotas, and the marque has been successful, receiving many industry awards. Now that it has become the number one selling luxury car brand in the U.S., Toyota is introducing it to Japan in 2005, thus completing a cycle of sorts.

Toyota has also been successful in racing, especially in Rally with the Toyota Celica as well as the Toyota Corolla. In 2002 Toyota started racing in Formula One with the Toyota Team Europe (TTE) and is based in Cologne (Germany).

Toyota is also famous in industry for its manufacturing philosophy, called the Toyota Production System. This system is copied worldwide by many manufacturing companies.

Toyota has participated in the Formula One World Championship since 2002. Despite investing huge amounts of money into the project, the team's performances have so far been mediocre. In 2004, top designer Mike Gascoyne was hired. It was expected that this would lead to an upturn in the teams fortunes, and although there was little improvement in 2004 itself, in 2005 the team made the jump from running in the midfield to challenging for the top positions. Jarno Trulli achieved two second places and one third place in the first five races of the season, helping the team to retain second position in the Constructors Championship for several races. Trulli and Ralf Schumacher are the team's current drivers.

Publically traded on the Tokyo Stock Exchange under number 7203 (first section). Also on NYSE under TM. 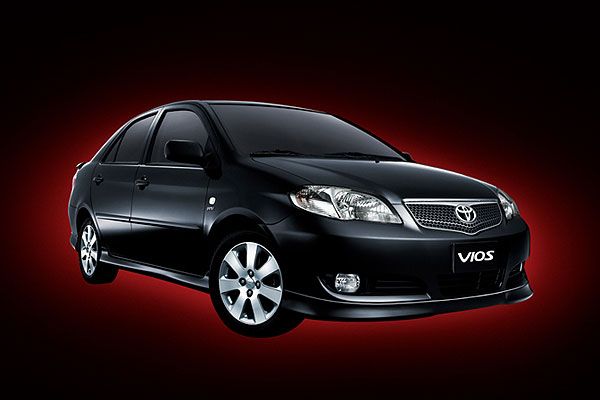